Join us at Gadino’s this Saturday from 1:30-5:00pm for great wine, great company, and the music of Ben Mason! 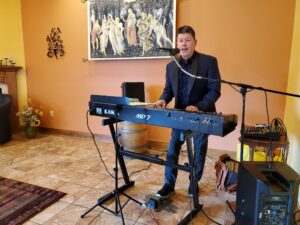 Over his decades-long career – including performances at prestigious venues around the Washington, DC area – Ben has released four albums, including “Flesh and Bone” in 2018, which features lead guitarist of The Eagles, Steuart Smith, as well as Steve Van Dam and Nate Brown of the band Everything.

A musician, artist, and writer, Ben lives in the foothills of the Blue Ridge Mountains, on the site of a 3000 year old Indian village. He creates his songs, art, and stories on sacred land, and feels the passage of those who came before him in the stone tools, jasper arrowheads, and clay pottery rising from the river that runs through his property. When he’s not performing, Ben enjoys the home he built and shares with his proudest works of all—his two sons, Henry and Arlo.

This bio has been adapted from Ben’s professional page.

Experience and compare three of our medal-winning Nebbiolo wines simultaneously! 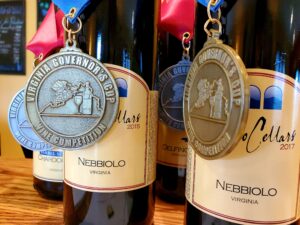 Each customer receives two ounces of each year Nebbiolo in separate wine glass so you can go back/forth to sample and note your impressions. 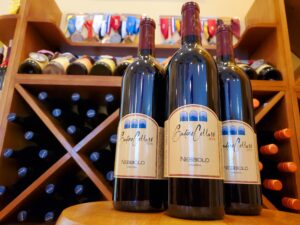 The Nebbiolo grape comes from Italy’s north-western region of Piedmont. Though the grape is commonly known for being difficult to grow, with thin skins and late ripening, the efforts pay off with beautiful, long-lived wines. At Gadino Cellars, we follow the Piedmont tradition of aging the new wines for 2-3 years in barrel and another 2-3 years in bottle prior to release.

Pair with meats that are rich and fatty, such as slow roasted pork or beef like ragù, or cured meats like prosciutto. For cheeses, opt for creaminess and fat, such as brie, full-fat feta, goat cheese or manchego.

Gadino Cellars and Before & After Café of Sperryville are partnering up to enhance your visit to our Rappahannock town!

Follow the link below to order one of their delicious box lunches that they will deliver to the Winery before you arrive! Order ahead as late as 9 am Saturday to have the lunch ready and waiting for you by Noon! A great picnic to go with our great wines!

Add the Special Instructions for delivery to the winery and the date you will be here (You can do this weeks in advance!) and the rest is taken care of!